Fr. Ryan has a bachelor’s degree in Theology (2002) and a Masters of Divinity (Fuller Theological Seminary, 2008). He has served as pastor on the staff of three congregations in addition to planting Eucharist Church. He was ordained in 2014 by Bp. Todd Hunter. Ryan is a NorCal native married to Elizabeth (a bay area native); they have two sons (Nathan and Aidan). Ryan and Elizabeth believe that a healthy “domestic church” (Christian family life) is critical to the health of the larger church and do as much as possible to structure their life to reflect this priority.

Fr. Jon has a Masters of Divinity from Gordon-Conwell Theological Seminary (2013). Originally from Texas, he and his wife, Brittany, have joined the Eucharist team after spending nearly a decade in New England. Jon served as a Ministry Fellow at both Yale and Harvard University, and served in various ways at Church of the Cross in Boston, most recently as a Curate. They have one creative and adventurous daughter named Ellie. Jon enjoys the arts, especially story-telling, painting, bread baking, and the dramatic poetry in motion that is world football (aka soccer).

Deacon John is Technical Director and manages all of our Zoom-related tasks. He is also assistant director of Table Groups and assists with catechesis, music, communications, and various other ministries. He was ordained in September 2020. John is married to Ferial (Director of Operations).

Deacon Jeffrey has a bachelor’s degree in digital media and a Masters of Divinity from Fuller Seminary. For about a decade, Jeffrey contributed to pastoral ministry and media development in church plants in LA and the Bay Area. He is also a cofounder of Science And Faith Examined. He was ordained in the ACNA in 2016 and began to serve at Eucharist as a deacon in 2017. In 2019, he took on the role of website manager for Jews for Jesus in San Francisco. He lives in Cow Hollow with his wife, Christina, and their son, Emmett. 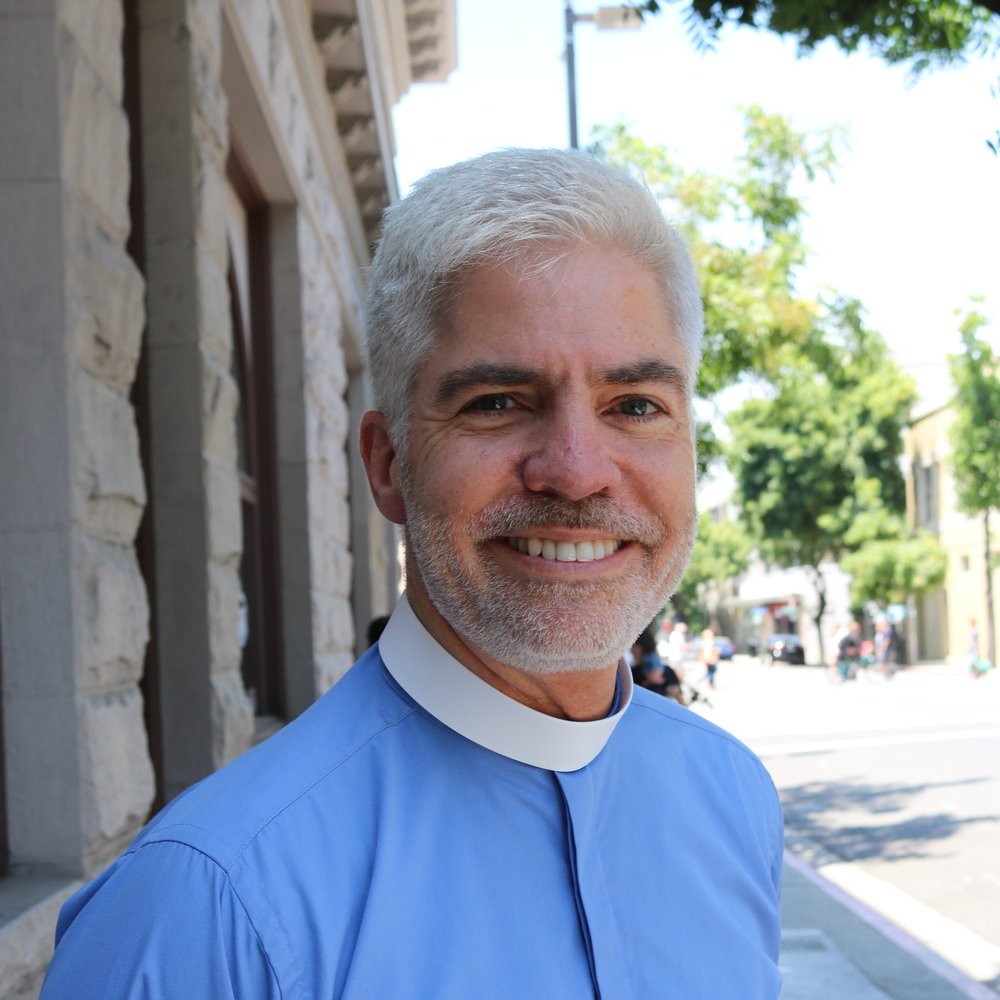 John has a Master of Arts in Theological Studies from Trinity College, an Anglican seminary in Bristol UK, and a Doctorate of Ministry from Fuller Theological Seminary. Born and raised in the Bay Area, John has spent most of his life in the Silicon Valley where he enjoyed an eighteen year career in tech and then fourteen years as one of the pastors overseeing the discipleship ministries in a large evangelical multicultural church.  John enjoys hiking, history, and football (both NFL and Premier League soccer). He and his wife Vicky have planted Holy Trinity Church, an Anglican church in the Silicon Valley.

Ferial joined the Eucharist Team in June 2019 after managing the IT Department for a Behavioral Healthcare organization in the Bay Area. Ferial has years of experience with systems development, administration, project management, and social work. Ferial and her husband, Deacon John, have been a part of the Eucharist community since 2016. They live with their little daughter, Lucy, in the East Bay. Ferial loves a strong cup of coffee, singing and dancing with Lucy, going for walks outside, and keeping everything organized.

Francis was born and raised in Kakinada, India. His father is a full-time pastor and his mother is a full-time doctor. He grew up in the church, heavily involved with his father’s ministry from a very young age. Francis began helping in the music ministry at the church from the age of 10 and found that music was a worshipful expression for him. In adulthood, Francis studied pharmaceutical sciences, however during the early years of his career as a pharmacist he sensed a calling to Music ministry. He ended up quitting his job and came to Chicago to pursue a degree in music and theology at Moody Bible Institute while serving at different churches in the Chicago area. Now graduated, Francis come to Eucharist Church and the Bay Area primarily to serve the church through theologically influenced music and he is excited to put to use all of the knowledge and experience he has acquired learning under incredible professors at Moody. Francis’s favorite style of music is Jazz and he loves Thai food, Indian food, and Korean barbecue.

Emma has a degree in early childhood education. Before joining the Eucharist Church team, Emma taught preschool and was on the children’s ministry staff at a Bay Area church. She and her husband, Lloyd, are originally from Texas, but have lived in the Bay Area for five years. They have a lively 2-year-old daughter named Kay. Emma loves hiking with her family, listening to a good audiobook or podcast, and ending every day with ice cream.

Co-Director of the Catechumenate & Counseling

Jeff holds a bachelor’s degree from the College of William & Mary, and master’s degrees from Pace University (in Teaching) and Westminster Seminary California (in Theology). He has been involved in Bay Area church planting throughout his twelve years of ministry, and for the past eight years has led Grace Church Alameda. Jeff and his wife, Kathy, have been married for fifteen years, have four children (Jonas, Penny, Emma, and Margot), and are both California natives. Currently ordained in the Presbyterian Church in America, Jeff is serving as a curate at Eucharist while he pursues holy orders in the Anglican Church.

Hannah was born and raised in the South Bay and been attending Eucharist since 2015. She works as an EMT in San Francisco and is currently studying to become a paramedic. Outside of work she is passionate about showing Christ’s love to people affected by disability through Joni and Friends. She also enjoys learning about nuns, the scapula bone, and any and all types of cake.

Ihab (from Egypt) and Rika (from South Africa) serve as part of the team at Youth With a Mission (YWAM) in the Tenderloin neighborhood of San Francisco. Ihab & Rika help manage a drop-in center for the homeless where they have the opportunity to meet practical needs of those who stop in as well as offer them prayer and discipleship. Eucharist Church is their home church here in SF; our church is honored to be part of their support team.

The Vestry, elected by the congregation to offer accountability, guidance, wisdom, and support to the operational side of the ministry, meets on a monthly basis. For more information, email Fr. Ryan (ryan@eucharistSF.org).

Bishop Todd leads the diocese of Churches for the Sake of Others which belongs to the Anglican Church in North America. He is also the rector of Holy Trinity Church in Costa Mesa, California. He is an author, speaker, and visionary who has a very busy schedule keeping watch over his geographically extended flock. We see him on several occasions a year for ordinations, confirmations, or other important diocesan events. But he is always only a phone call or email away if we need his assistance. Because of the geographical distance, however, Bishop Todd depends on a local dean to offer support. Our dean is Fr. Rob Patterson of Redeemer Anglican Church in Santa Cruz.